Hi Ductile, That sounds exciting 🙂 I’ve had similar questions from different people who are interested in longer stays, so I’ll give you the long answer, and hopefully it’ll answer them too. 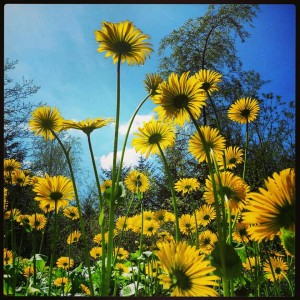 The less the better, I can imagine some teachers saying 🙂  They taught us everything we needed to know at the introductory weekend, and on the website they said what things we might need. (Working clothes, toiletries. Obviously.) What I’d also learned to bring is a rather pedestrian list:

One of the things that surprised me the most was the other trainees. In my solipsistic mind, I’d imagined that they’d all be like me – i.e. in their 30s, single-minded in a sort of masculine way, flown in from all over Europe, and dressed in black. But there were all sorts. Most were actually easy-going retired men and women from the local area. Don’t be disappointed if it isn’t what you expect 🙂